Home of The Screamin’ Festival

Calella
No more excuses for not coming!!!! There are many LOW COST air companies flaying to Barcelona – BCN or Gerona – GRO.

Home of The Screamin’ festival – Calella at just 45 minutes from Barcelona has three kilometres of beach and magnificent natural rocky coves, one of which is a naturist beach. The town itself extends from the littoral to the Natural Park of the Montnegre. 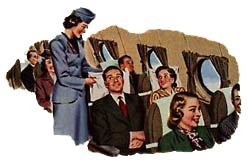 The beaches of Calella have very often received the distinguished European Blue Flag for good quality and thanks to this an important tourist infras-tructure with first quality services has been created.

Also Calella has a very attractive commercial offer where the shopping area of the city has been converted into a pedestrian zone for the comfort of all our visitors. A great variety of restaurants, terraces, dance halls, discos and music bars, create an excellent nightlife offer.

Hot to get there:
There are many ways to arrive to Calella, which is situated in an excellent geographical point at just 50 kilometers in between both Girona and Barcelona.

By plane:
The excellent situation of Calella, means that visitors can arrive easily from all over the world especially by air, either from the Barcelona – BCN or Gerona – GER airports.

By train:
Calella has a railway station (RENFE’s C1 Line) with trains departing every 20 minutes destination Barcelona (with access to the city and connections to the airport). Timetables are available in www.renfe.es

Public Transport:
It is also possible to arrive to Calella by using the public transport. The train (RENFE) is the most important means of communication and is the most used. It runs every half an hour into Barcelona. It also goes to Barcelona airport, Girona and the Costa Brava every hour and this timetable increases during the summer.

Night bus from and to Barceloba – Number N-82 Timetable 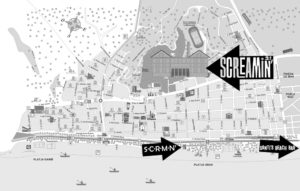 TRANSPORT FROM THE AIRPORTS TO YOUR HOTEL IN CALELLA

COACH SERVICE – Costs 23.00 Euro each way, to book it or if you have questions about it email Screaming@blaumaritravel.com or use the BOOKING FORM

Due to the location of this airport there are different convinations you gotta do to get to Calella by bus, taxi and train… We thought it would be easier for you to use any of these two services:

COACH SERVICE – Costs 18.00 Euro each way, to book it or if you have questions about it email Victoria at Screaming@blaumaritravel.com or use the BOOKING FORM

The Music of Screamin’